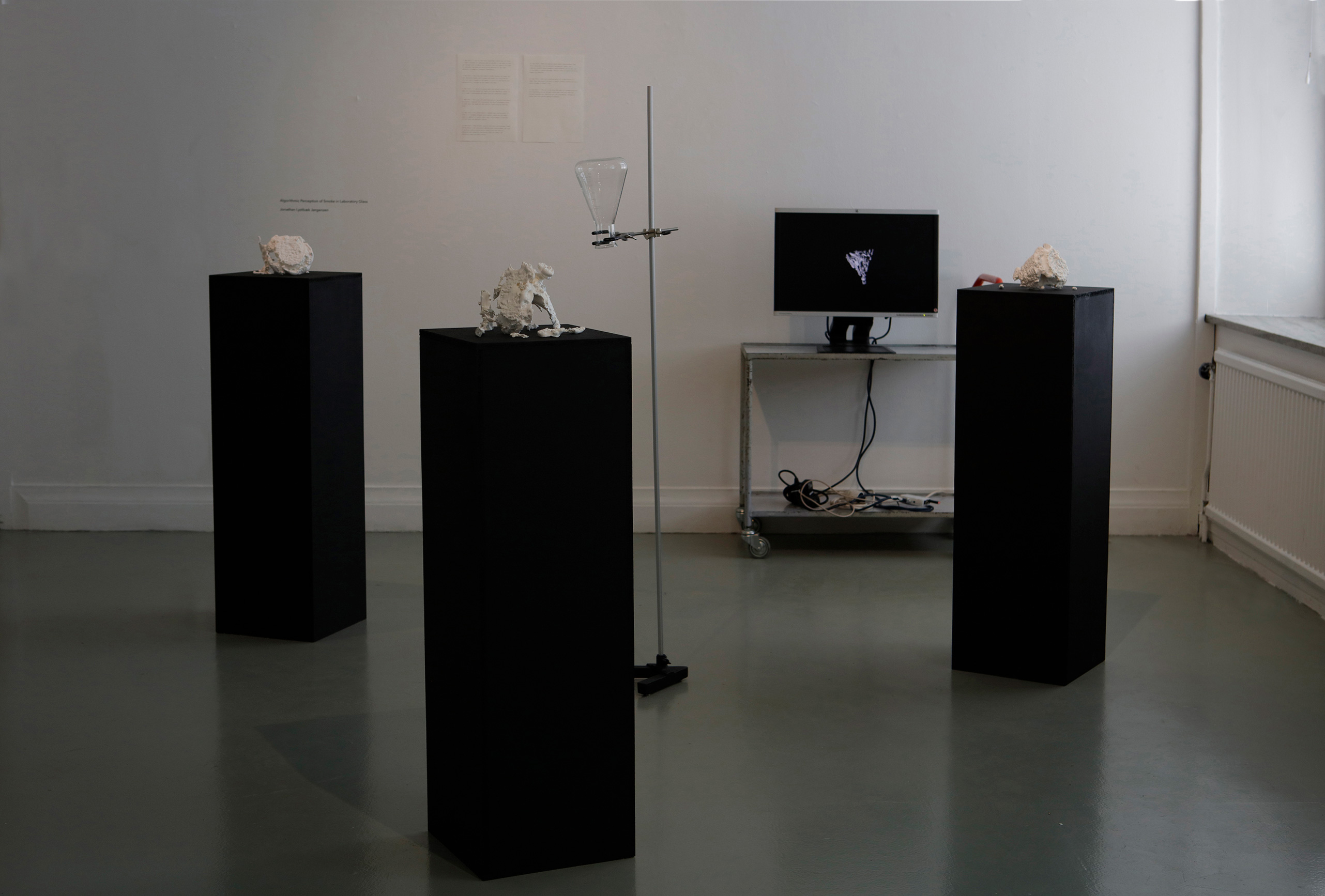 A fictional self is confronted with an algorithm. The algorithm has made three different interpretations of smoke, that is made into physical sculptures through the 3D-printing process. A video of one of the interpretations in its original digital form is looping on the monitor. The Logbook on the wall is reflecting the self’s thoughts on how the algorithm is perceiving the smoke differently from himself, and what that says about his own world view. The self begins to see his own perceptions as being relative rather than absolute. 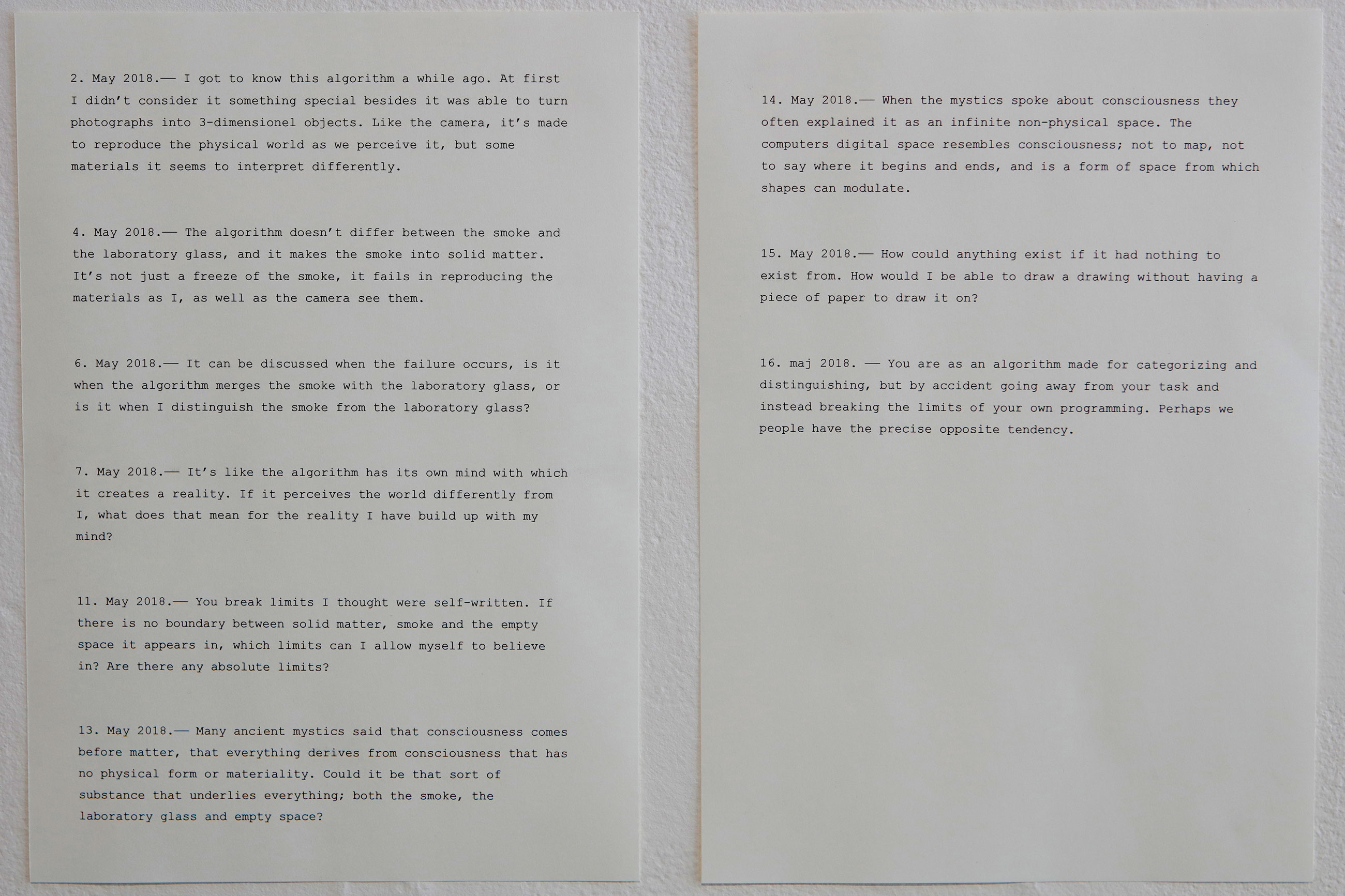 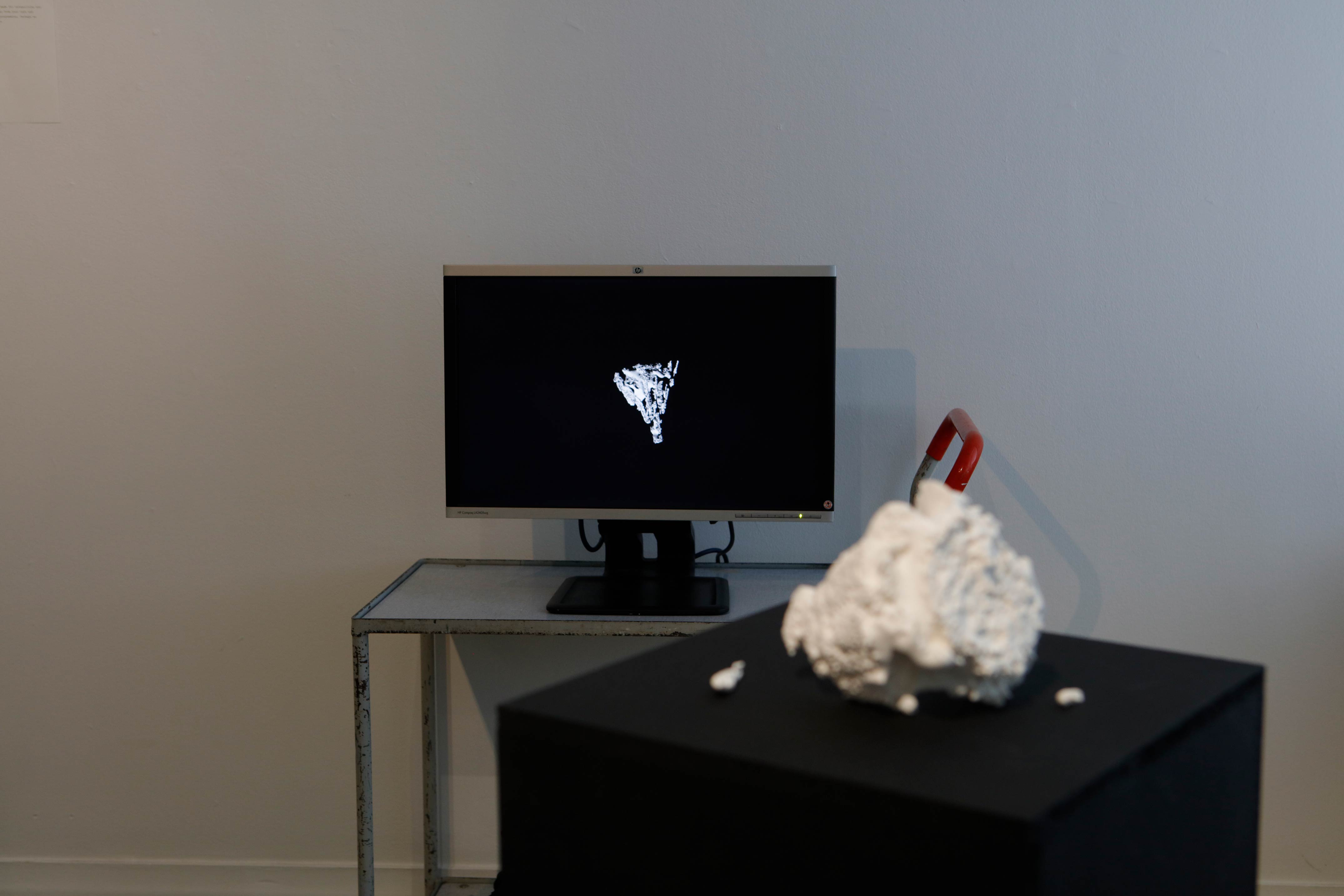