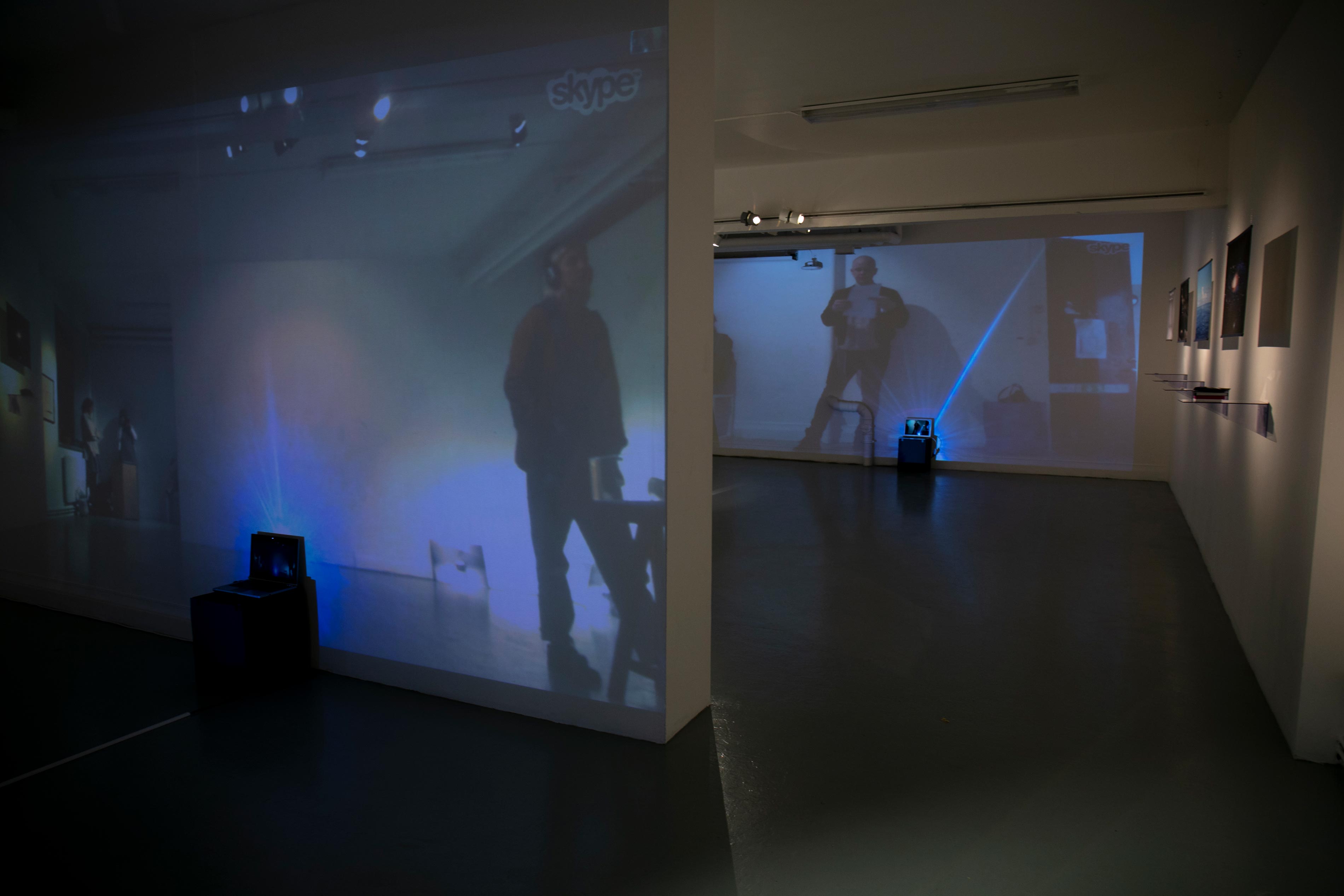 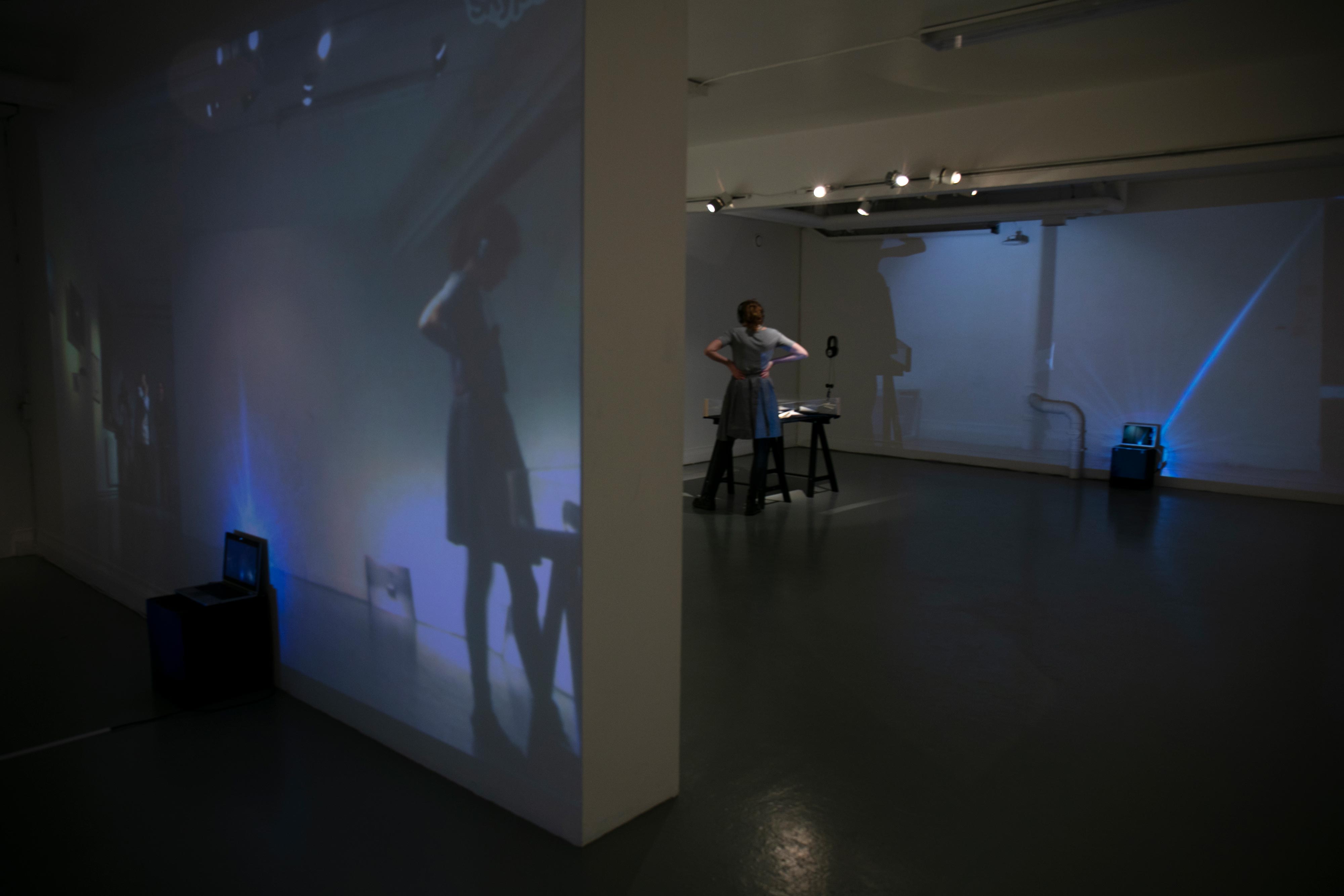 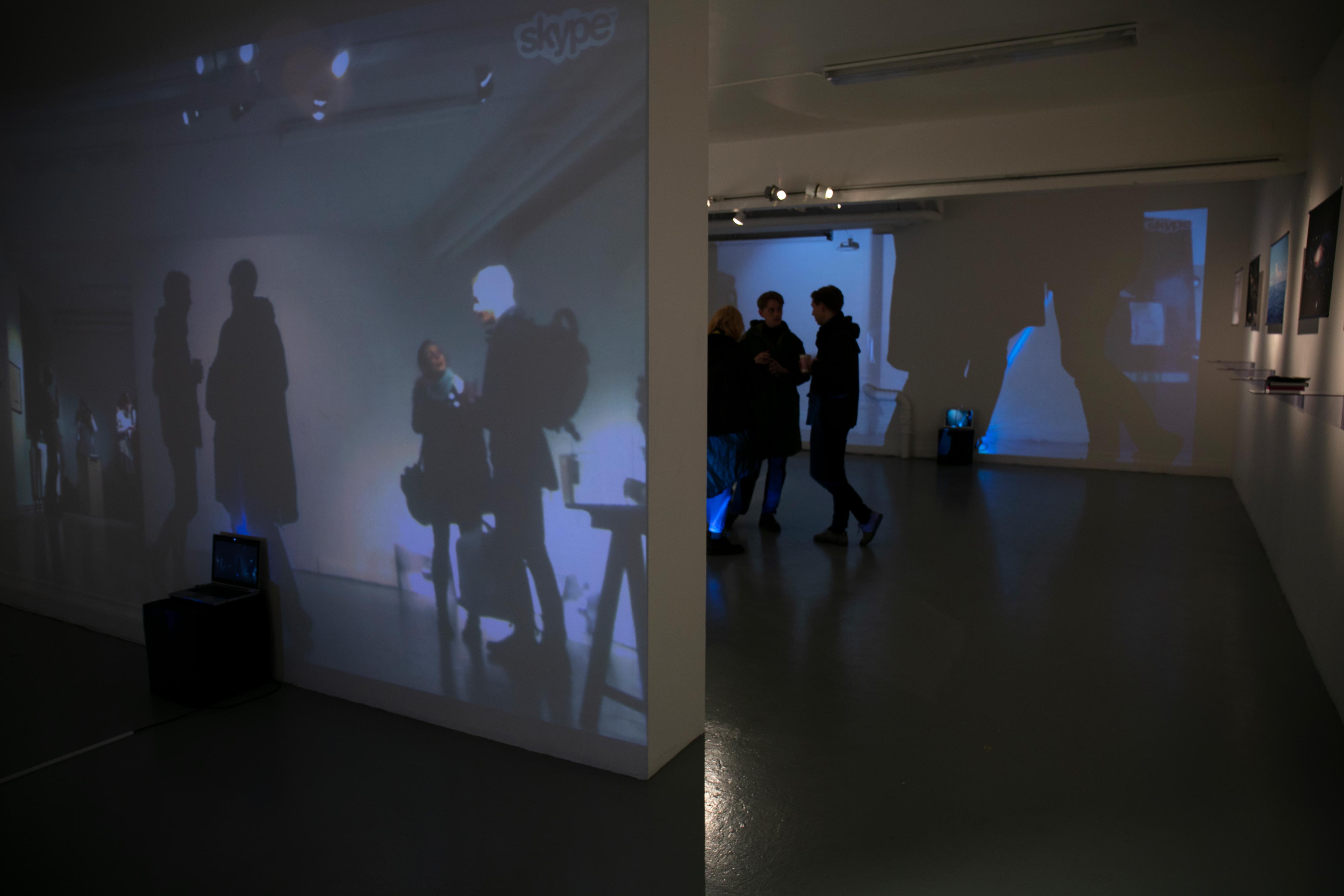 Galleri Rotor entrance/ Galleri Rotor main space is a work consisting of a live skype connection between the galleries two rooms. With two laptops and two projectors I switched around the two rooms of the gallery so to speak. In this way it became impossible to “just”be in one of the rooms. If you were in one of the rooms you automatically existed in the other room as well in realtime. The work plays with a manifestation of the digital space in the physical gallery space, and the experience of existing two places at the same time; in this way it became possible to look at yourself from a distance. 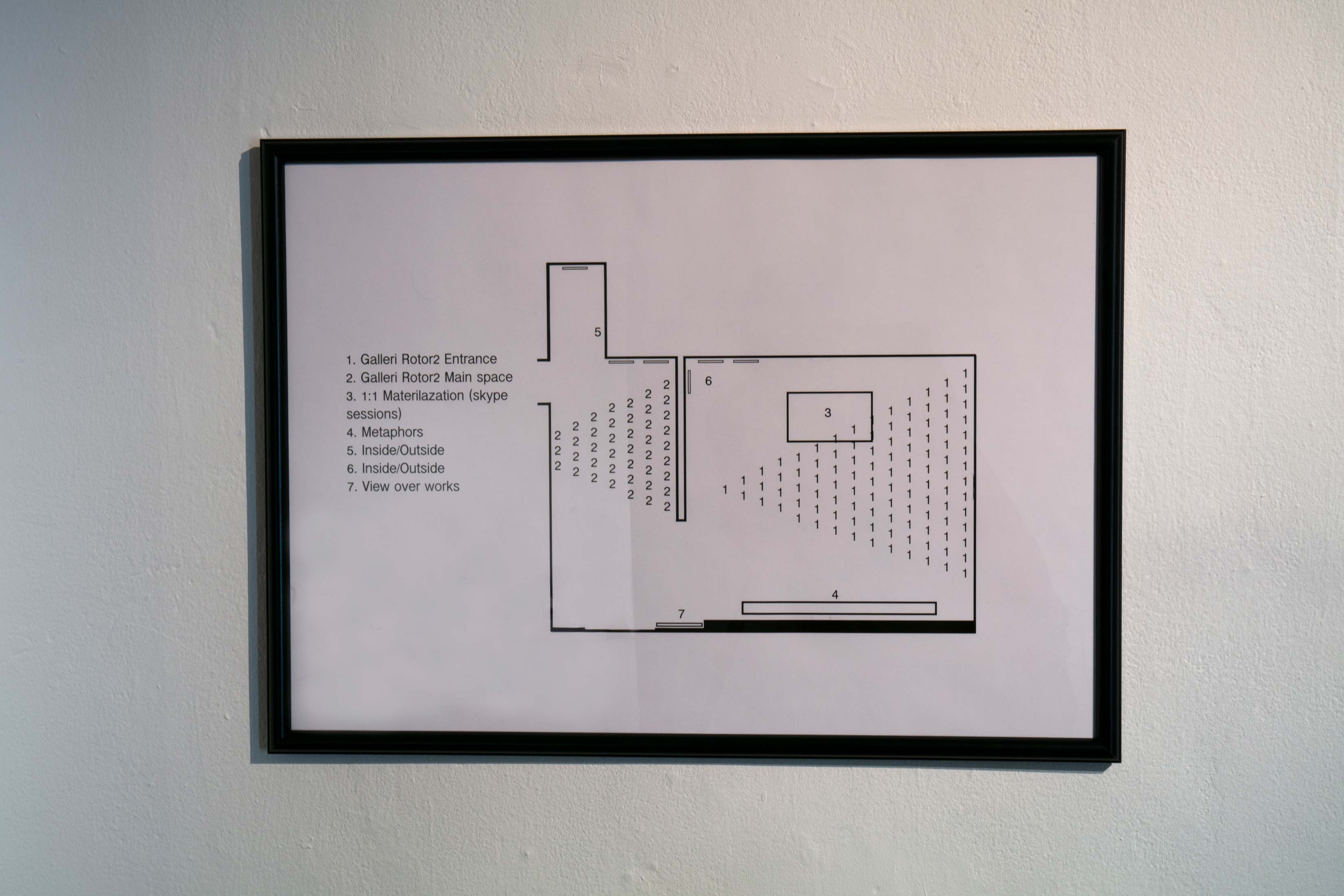