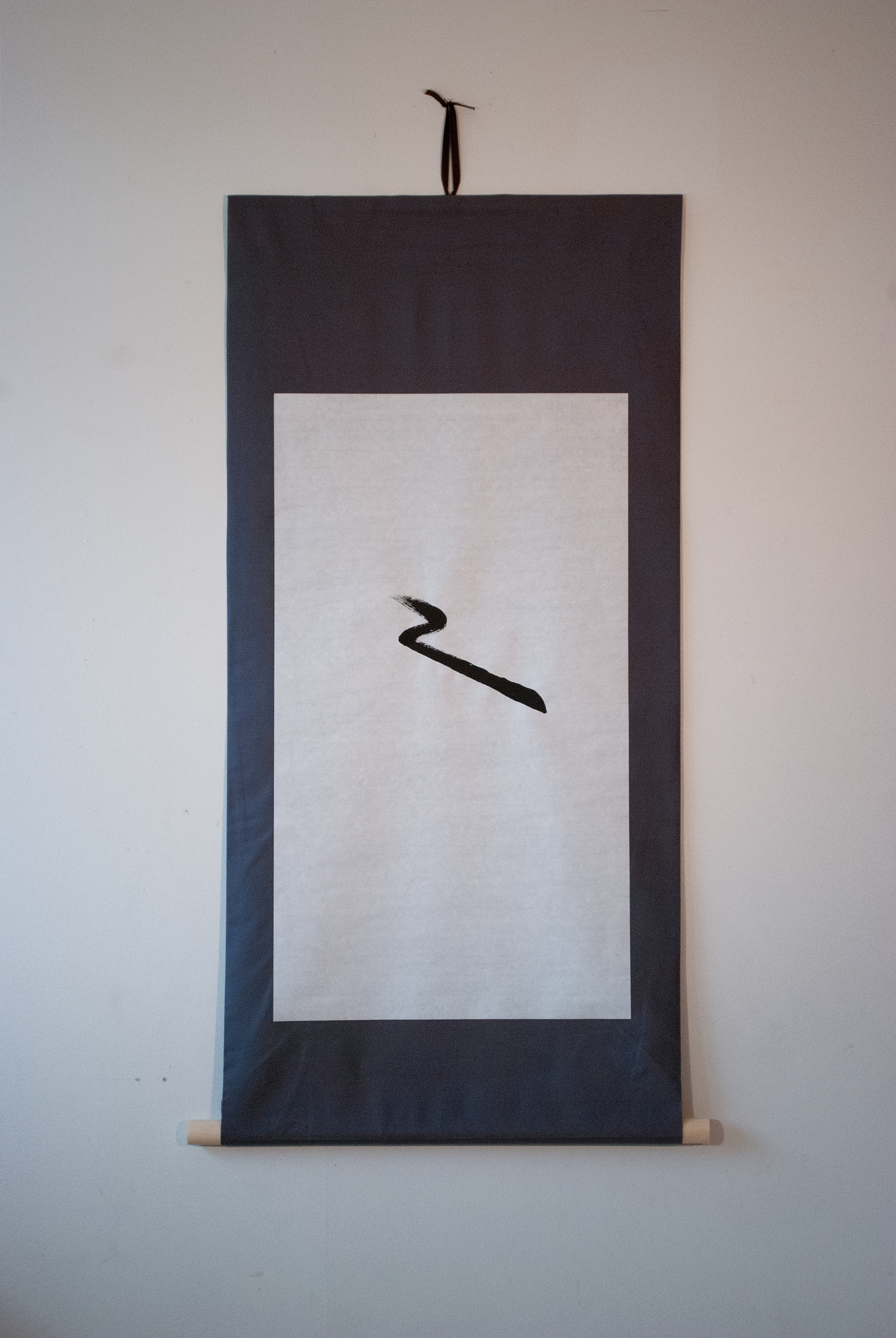 The work unites the ancient calligraphy with the act of swiping. The symbols are the swiping movements for writing the words “here”, “nothing” and “this” on a phone, translated to calligraphy. The Zen monks used calligraphy as a form of meditation. They called the moment when the ink brush hits the paper for ”Sei Do” translates as “living movement”, being the point of no return. The work explores if the trivial movement of swiping could be an act of Zen. 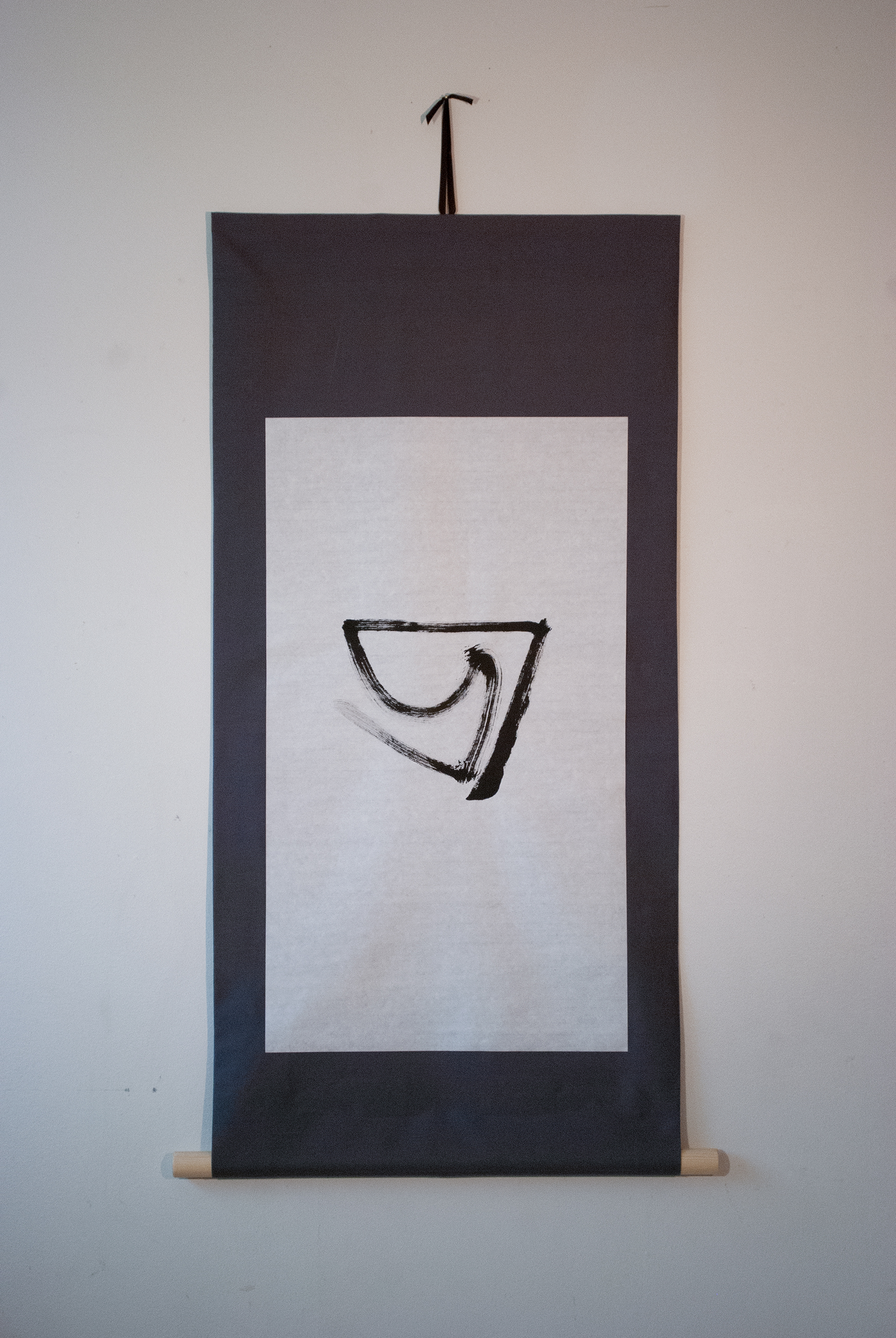 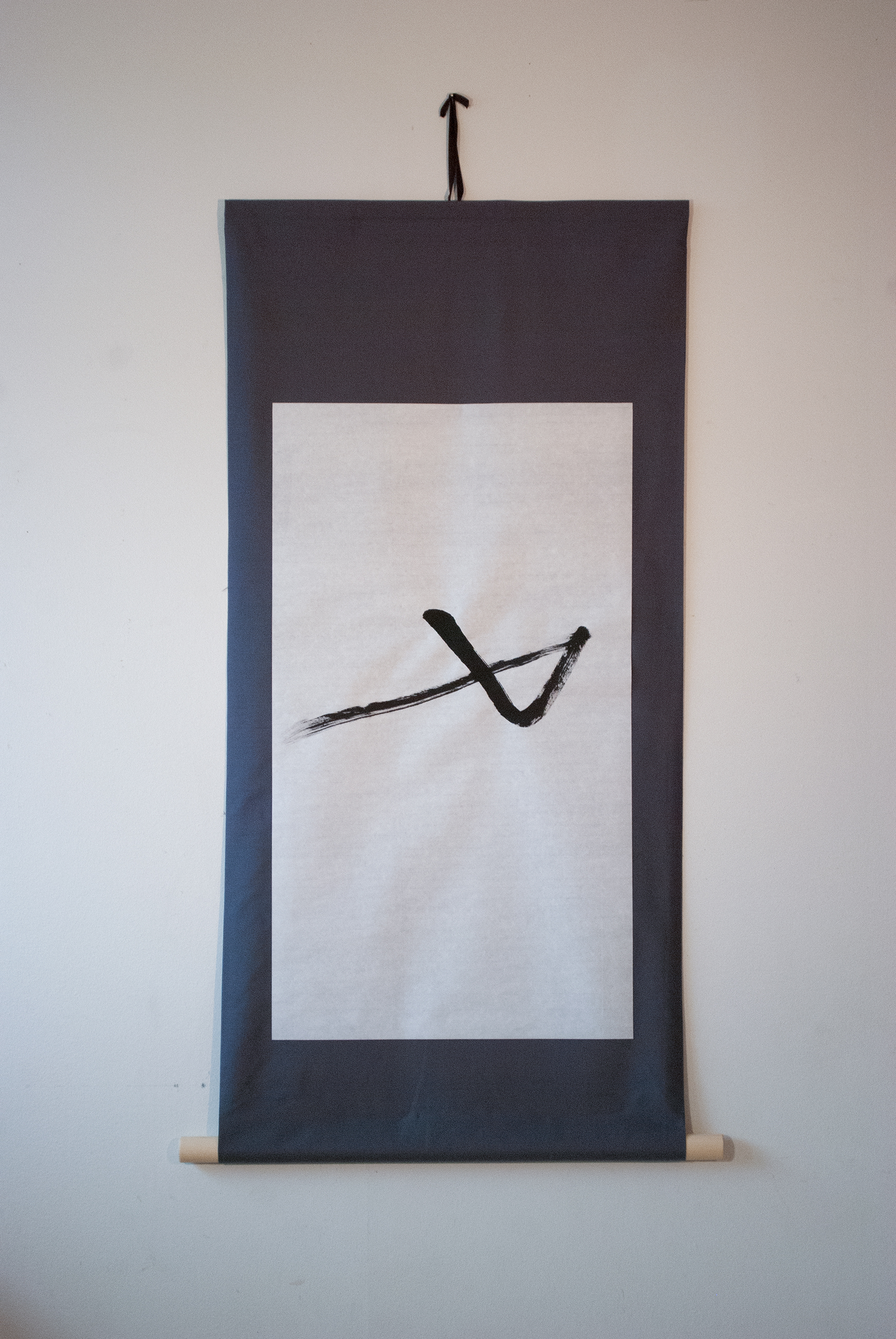 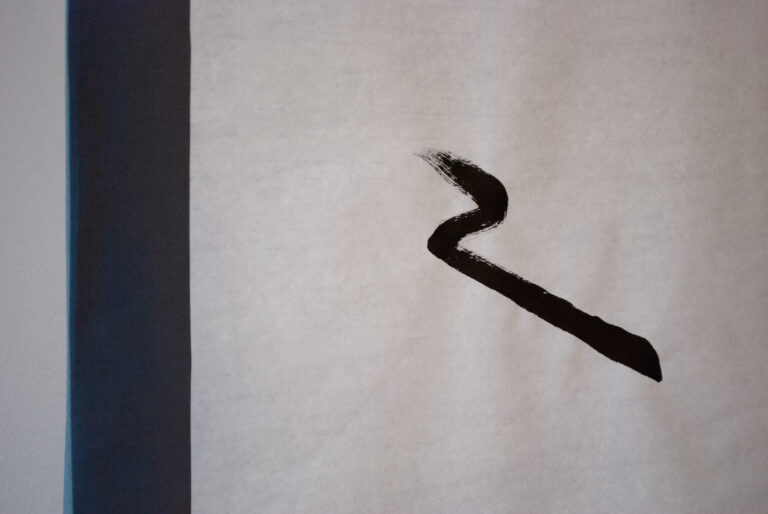 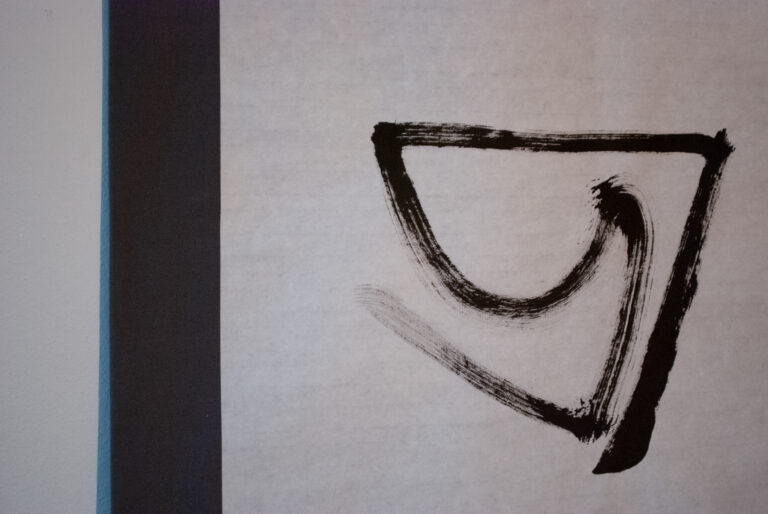 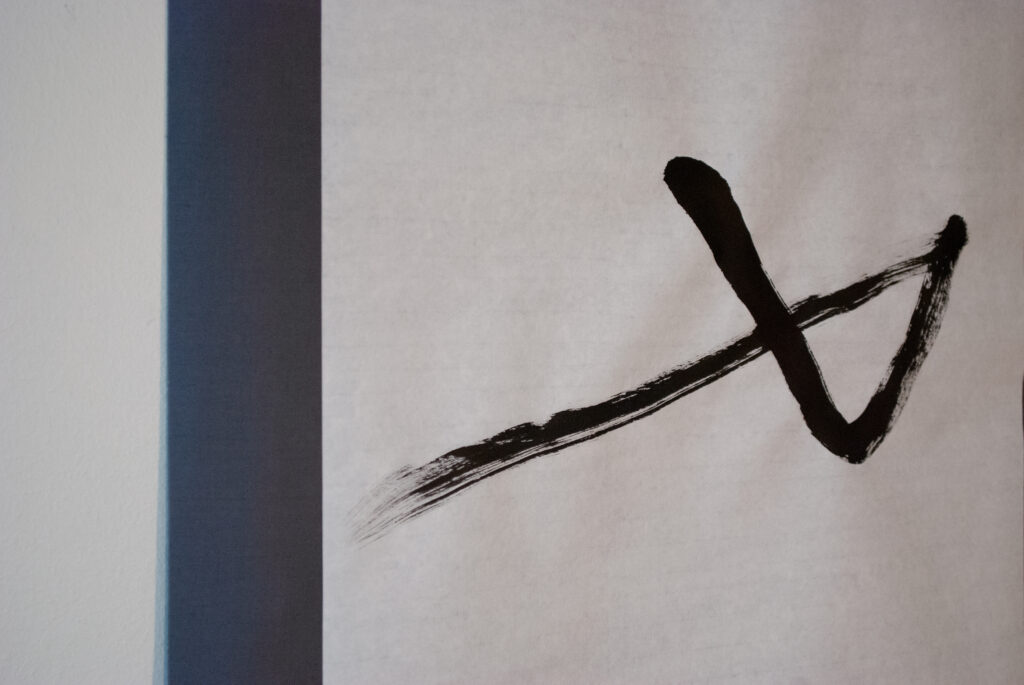 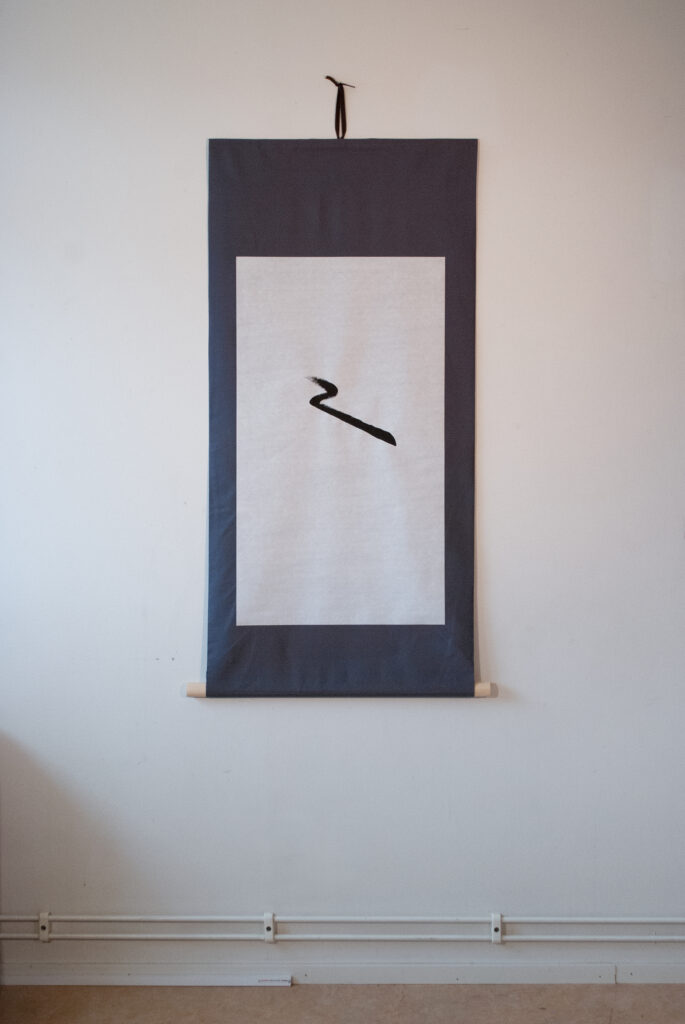 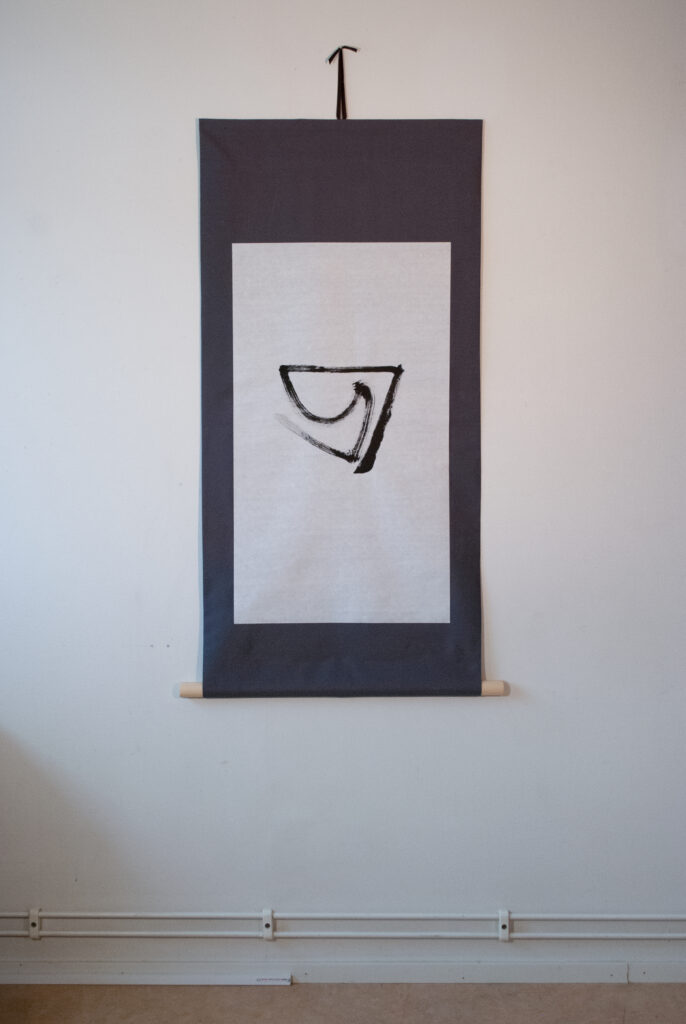 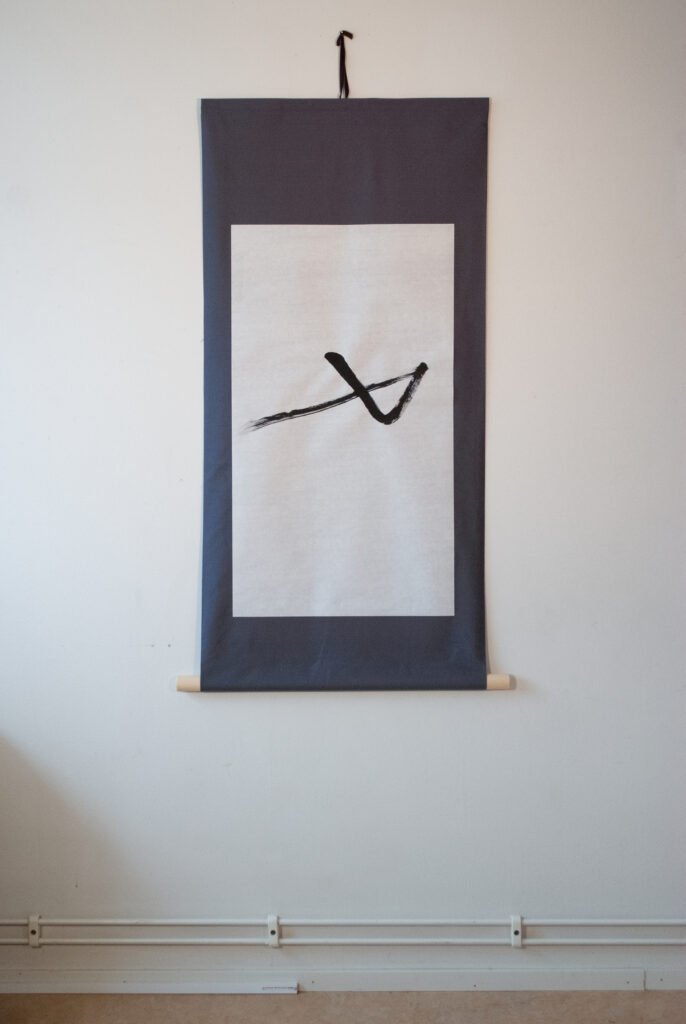